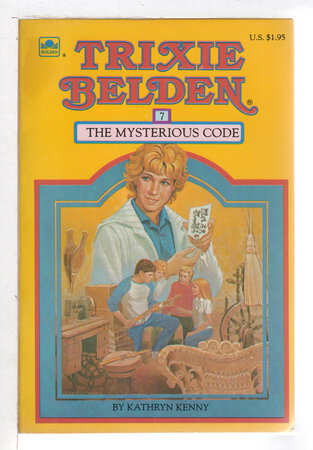 Racine, WI: Whitman, (1984.). While not as well known as Nancy Drew, this is many girls' favorite series: Trixie is a real girl, with chores, school to attend, a little brother to babysit - but lots of adventures! This is a reissue in a new fomat (the last one used for this series) which was introduced in 1984 and only used for 2 years, and so is much less common than the ones with the oval illustration. They had a different design on the cover (the 'square' format picture); the last 5 titles appeared only in this format, and not all of the earlier titles were issued like this. Cover by Jerry Harston. 236 pp. ISBN: 0-307-215407.