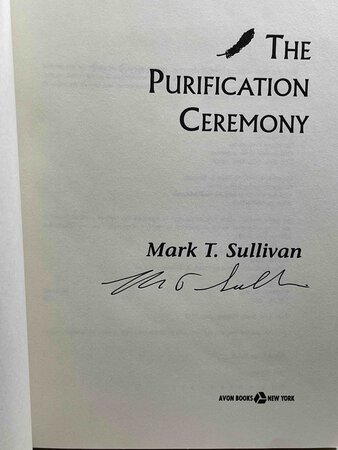 New York: Avon, (1997). SIGNED first edition - Author's third novel, a thriller set in the snowbound interior of British Columbia. Diana Jackman had learned to track deer as a child from her shaman father, but when she agrees to lead a group of rich hunters on a trip after whitetail deer, she discovers that someone is hunting the hunters. After two members of the group are killed and gutted, she has to use all her skills to track down the murderer. SIGNED on the title page. In addition to writing highly praised suspense novels, Sullivan has been twice nominated for the Pulitzer for investigative journalism. 385 pp.