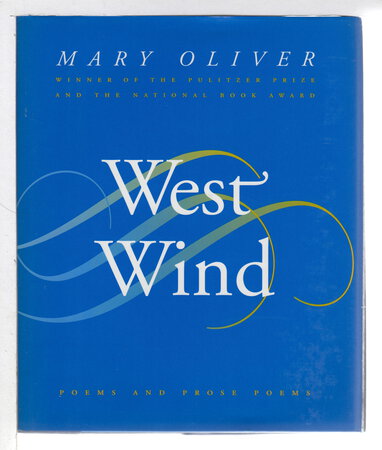 Boston: Houghton Mifflin, 1997. dj. Hardcover first edition - A collection of 40 new poems and a few prose poems by this award-winning writer, including 19 which had not previously been published. One review described her as a 'poet of wisdom and generosity' and these poems fit that definition, deceptively simple and lovely and very human, many inspired by Cape Cod, where she lived and wrote. Oliver was awarded the Pulitzer Prize in 1984 and the National Book Award in 1992. 63 pp. ISBN: 0-395850827.