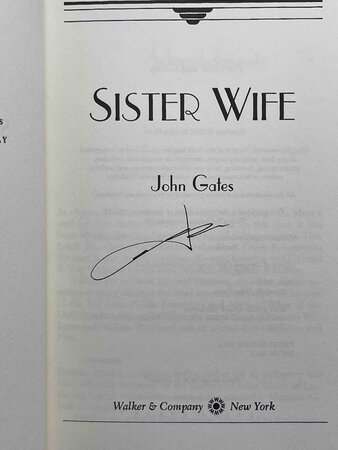 New York: Walker, (2001) dj. SIGNED hardcover first edition - Second mystery featuring Brigham Bybee, who has withdrawn from the routine practice of law and purchased Piute Villa, a motel of decaying teepees in Kanab, Utah, When he is asked to prosecute and imprison the most notorious polygamist in the area, Brig accepts it. But when one of Crowe's six wives turns up, beaten, bloody, and terrified and telling a story of murder and mutilation within the colony from which she's fled, Bybee decides to to go after Crowe for murder - not the show trial those in power wanted. SIGNED on the title page. 221 pp. ISBN: 0-802733638.