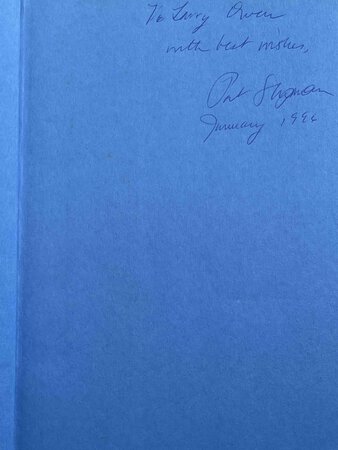 EVOLUTION OF RACISM: The Human Differences and the Use and Abuse of Science.

New York: Simon & Schuster, (1994) dj. SIGNED hardcover first edition - A book by this award-winning scientist and author, which "combines a history of evolutionary theory with a study of its impact on ideas about race and racism to explain how the fear of making politically unacceptable discoveries has prevented scientists from honestly exploring human racial differences." Includes a discussion of the work of Darwin, Thomas Huxley and Ashley Montagu as well as less well-known but influential figures like Ernst Haeckel, the father of the eugenics movement and Carleton Coons who became the subject of a bitter academic feud. INSCRIBED on the front endpaper to the late noted Oklahoma book collector, Larry Owens. Notes, Bibliography, Index. 318 pp. ISBN: 0-671754602.