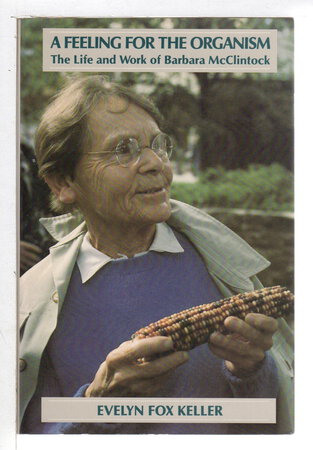 A FEELING FOR THE ORGANISM: The Life and Work of Barbara McClintock.

New York: W. H. Freeman, (1983). A biography of this Nobel prize winning scientist. "Barbara McClintock was one of the premier investigators in cytology and classical genetics, but her work was pushed out of the mainstream by the revolution in molecular biology in the middle of this century. Thirty years later, the simple truths sought by research scientists whose training was closer to physics than biology continued to prove elusive, and the discovery of transposons in bacteria marked the beginning of a revival of interest in her work. Keller's analysis of McClintock's difficulty in finding a place to work and her relations with other investigators is insightful and thought-provoking, not only about women in science, but about the role of dissent in the scientific community." Illustrated with photographs, notes, glossary, index. xix, 235 pp. ISBN: 0-71671504X.