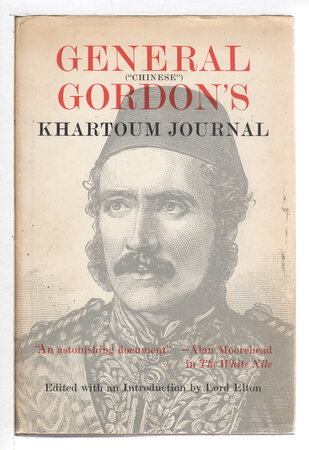 New York: The Vanguard Press, (1961) dj. Hardcover first edition - A day-by-day chronicle of the siege of Khartoum, in the Sudan, in 1885, during which the capital of the Anglo-Egyptian Sudan was mercilessly destroyed by the Moslems, and smuggled out just before Khartoum's death. Khartoum was one of the most brilliant commanders of irregular troops, one who made his reputation in China, where he and his men put down the Taiping Rebellion, a deeply religious but highly unorthodox Christian, and "one of the most unpredictable in a long line of English eccentrics."Frontispiece portrait, small entexte drawings, index. Map endpapers. 224 p

Condition: Very near fine in a near fine dustjacket (toning to spine of dj, light edgewear).