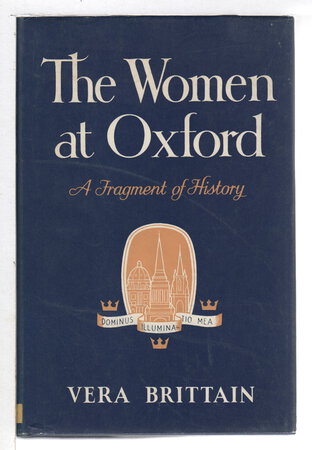 THE WOMEN AT OXFORD: A Fragment of History.

London: George G. Harrap and Co., (1960) dj. Hardcover first edition - A survey of the first century of women scholars at Oxford University. October 1959 marked the 80th anniversary of the establishment of women's colleges at Oxford - this is an account of the reforms that made this possible, of early prejudices and of some of the notable women who passed through Oxford by an author who was herself one of those women. Illustrated with eight plates in half tone. Definition of terms used at Oxford. Several appendices, bibliography, index. 272 pp.