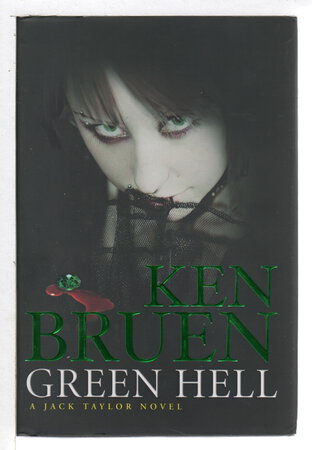 New York: Mysterious Press, (2015) dj. Hardcover first edition - A brief novel by this award-winning writer, told in two voices: that of an American student named Born Kennedy and of Jack, who has again "hit rock bottom: one of his best friends is dead, the other has stopped speaking to him; he has given up battling his addiction to alcohol and pills; and his firing from the Irish national police, the Guards, is ancient history. . . he has taken up a vigilante case against a respected professor of literature at the University of Galway who has a violent habit his friends in high places are only too happy to ignore. And when Jack rescues a preppy American student on a Rhodes Scholarship from a couple of kid thugs, he also unexpectedly gains a new sidekick, who abandons his thesis on Beckett to write a biography of Galway's most magnetic rogue" and from there things spiral into chaos. 232 pp. ISBN: 978-0802123565.