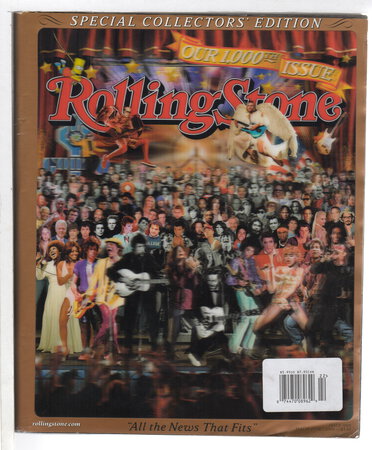 New York: Rolling Stone, 2006. First edition - A look back at the first 1000 issues of this iconic magazine, with an article by Wenner -"In the Beginning We Didn't Know What We Were Doing" and features on covers, photographers and move over the years. Notable for the double holographic covers - on the front a collage of 154 artists, writers and bands, including Bob Dylan, Janis Joplin, Kurt Cobain as an angel, and many others by Michael Elins (key to illustration is included in the issue) and on the back cover a holographic Target advertisement.Large format. 236 pp in stapled wrappers.