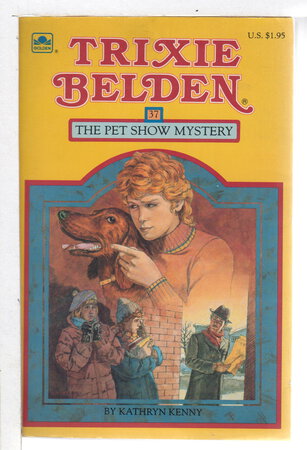 Racine, WI: Golden Press, (1985.). One of the very hard to find later titles in the series. After publishing several new titles in 1980, there was a gap of 4 years, and then over the next 3 years only 5 new titles were produced before the series ended in 1986. These last 5 titles had a different design on the cover (the 'square' format picture) and were illustrated with drawings at the head of each chapter - and they are all rather elusive. Black and white illustrations by Jim Spence. Cover by Jody Lee. Lists to #38 at front of book. (The first edition lists to self) 189 pp. ISBN: 0-307-215601.

Condition: Very good in illustrated wrappers - toning to pages and inside covers.