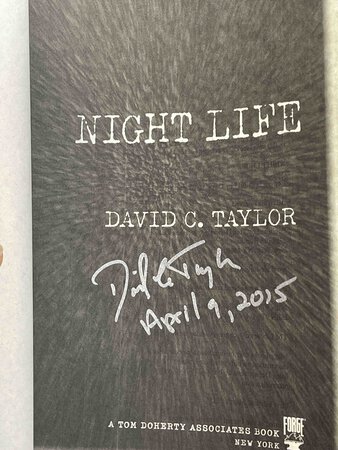 New York: Forge / TOR / Tom Doherty Associates, (2015). SIGNED first edition - Historical mystery introducing New York cop Michael Cassidy - who has an unusual background for a cop: his father, an Eastern Europe refugee, is a successful Broadway producer, and his godfather is a Mafia boss. Set in New York City in 1954, when "the Cold War is heating up. Senator Joe McCarthy is running a witch hunt for Communists in America. The newly formed CIA is fighting a turf battle with the FBI to see who will be the primary US intelligence agency. And the bodies of murdered young men are turning up in the city." SIGNED on the title page and dated in the year of publication. Nominated for the Edgar Award and winner of the 2016 Nero Wolfe Award for Best American Mystery. 332 pp.