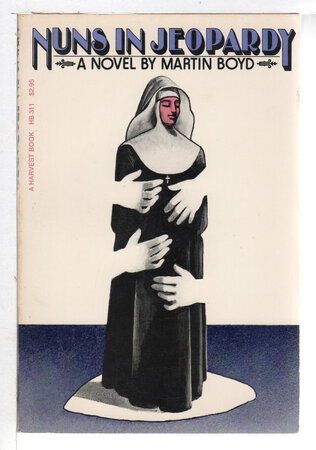 New York: Harcourt Brace Jovanovich, (1974). A posthumous edition of Boyd's least-known novel and one of his most unusual stories - a group of eleven shipwrecked people, including 6 nuns, find themselves on an uninhabited tropical island where the facade of civilization begin to erode under the malign influence of one of the seamen. Originally published in London in 1940, almost all copies of the first edition were destroyed in the Blitz. This edition includes a postscript on the author by Manning Clark. Macmillan, Melbourne, 1973. ISBN: 0-156678209.

Condition: Near fine in illustrated wrappers (remainder line and toning to the pages, but a tight copy, appears unread)