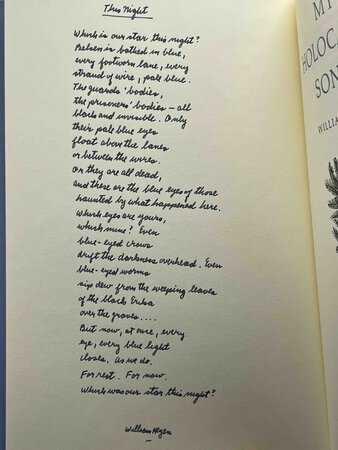 Concord, New Hampshire: William B. Ewert, Publisher, 1980. SIGNED hardcover first edition - Illustrated with a wood engraving by Michael McCurdy on the front cover and title page. Quarter bound in navy leather over light blue boards. One of only 30 deluxe copies, numbered in Roman numerals, and printed on Mohawk Supefine (out of a total edition of 180 copies). SIGNED by both Heyen and McCurdy. These copies also include the collection's final poem, 'This Night' in holograph opposite the title page. 20 pp plus colophon.