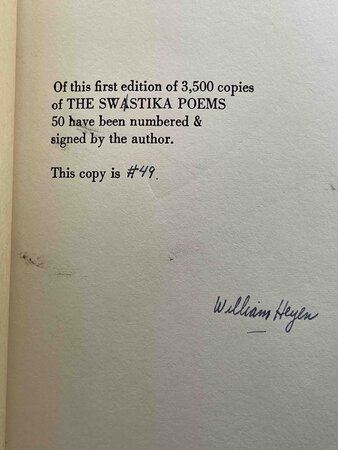 New York: The Vanguard Press, (1997) dj. SIGNED hardcover first edition - His third collection of poetry and one of his most important. In this he looks at his heritage as an American born son of a German immigrant, one whose relatives were fighting for Germany duing World War II, and at the horrors of the Holocaust. One of only 50 numbered and SIGNED copies out of a total edition of 3500 copies. Notes. 82 pp. ISBN: 0-814907806.

Condition: Fine in fine dust jacket in a fine slipcase.