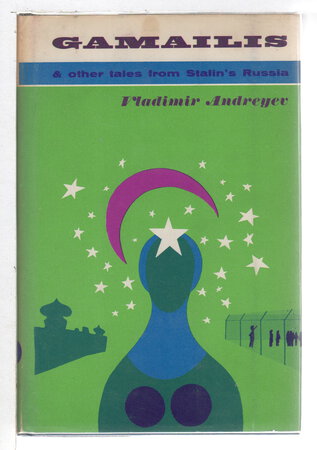 GAMAILIS and Other Tales from Stalin's Russia.

Chicago: Henry Regnery, 1963. dj. Hardcover first edition - A collection of six short stories, based on the author's experiences as a former Soviet career officer, and which reveal the horror of the prison system. Andreyev became a political emigre and witness against the Soviet concentration camps. Translated from the Russian by Fred P Berry. 240 pp. Dust jacket by Gordon Martin.

Condition: Near fine in aquamarine cloth with silver lettering to spine in a very good dust jacket (toning to the dj, especially to the spine)