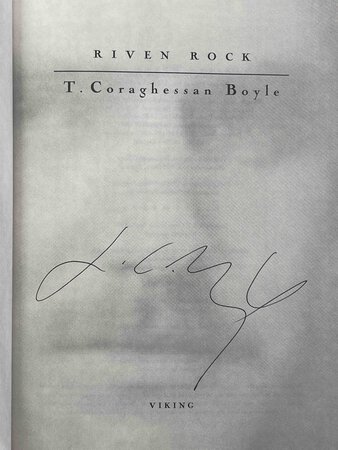 New York: The Viking Press, (1998) dj. SIGNED hardcover first edition - His seventh novel, based on a true story: In 1904 when Stanley McCormick, the youngest son of Cyrus McCormick and heir to a fortune built on the Reaper, marries Boston socialite, Katherine Dexter, the first female MIT graduate in the sciences and a leader in the women's movement, it was called the "Wedding of the Century" - but shortly after the wedding, McCormick was diagnosed as a schizophrenic and moved to the prison-like Riven Rock near Santa Barbara, forbidden the company of all women, even his wife. SIGNED on the title page. 466 pp. ISBN: 0-670-878812.