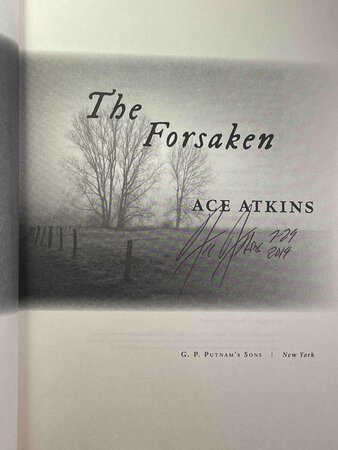 New York: Putnam, (2014) dj. SIGNED hardcover first edition - The fourth novel in the highly praised series featuring Quinn Colson, former Army Ranger, and Sheriff of Tibbehah County, Mississippi, which is recovering from a tornado that ripped through the town of Jericho, and also still dealing with events from more than 30 years ago when two young girls were assaulted and one was killed and a black man was lynched, SIGNED on the title page and dated in the year of publication. An upcoming HBO series will be based on these Colson novels. 446 pp. ISBN: 978-0399181797.