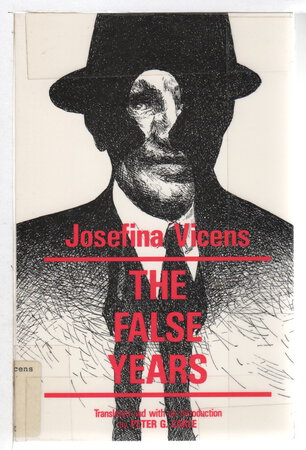 Pittsburgh, PA: Latin American Literary Review Press Series: Discoveries, 1989. First edition - The second and last novel by this Mexican writer best known for her work in film. In his review, Alejandro Morales called this "a powerful, profound and unadorned novel set entirely in the emotionally charged mind of a 19-year-old young man, Luis Alfonso Fernandez Jr., who stands before the grave of his father. . he remembers the years before and after his father accidentally shot himself. This forces him to analyze his fathers excesses and it reveals the destructive power his father held over the lives of his wife, daughters and son. . . Paternal authority reaches out from the grave and is symbolized in Luis Alfonsos inheritance. Poncho Fernandezs bequest to his son is limited to his first, second and last name, the .38 caliber colt with which he shot himself, his suit, his mistress, his carousing friends and political mafia." Translated and with an introduction by Peter G. Earle. 94 pp. ISBN: 0-935480404.

Condition: Ex-library with the usual stampings, but overwise tight and clean, edges and spine with protective lamination. Hard-to-find now.