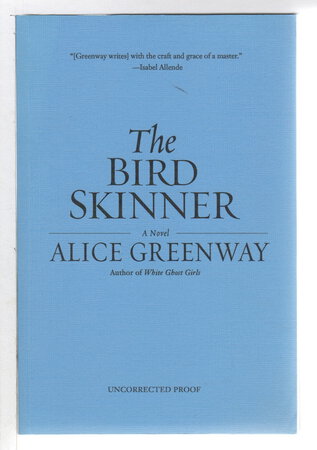 New York: Atlantic Monthly Press, (2013). First edition - Award-winning author's second novel, set in 1973 on a Maine Island, the story of an ornithologist who worked for the US in the Solomon Islands during World War II. Jim Harrison called this "A fascinating novel with the peculiar combination of ornithology and World War II in the South Pacific, birds and death, and the survivors who not so much survive as endure" and Publishers' Weekly described it as "Evocative . . . image-rich . . . The distinctive environments of disparate islands, interwoven with alternately romantic and horrific flashbacks, create a beautiful, ultimately painful story as haunting as its settings." 300 pp.