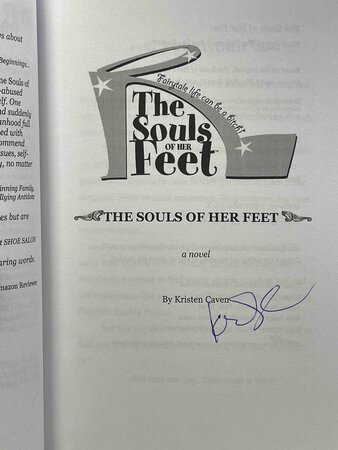 THE SOULS OF HER FEET: The Fairytale Reality Project.

Uplift Press, (2019). SIGNED - A very modern and humorous update on the Cinderella story, featuring a high senior living in a very dysfunctional step-family. The author commented that this was "originally written as the first part of an opera trittico that evolved into a musical (Shoes, a Mirror, and a Big Pink Rose), then came to stand on its own. The first edition of the novel was published as a fundraiser for the musical, but it was so well-liked it was published in a second, third, and now fourth edition." This updated fourth edition includes bonus materials such as essays by the main characters and songs from the musical. SIGNED on the title page by the author. 146 pp. ISBN: 978-1950282494.