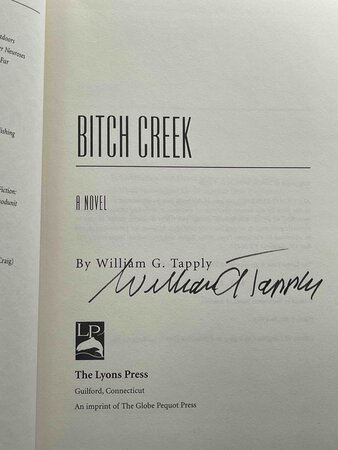 Guilford, Connecticut: Lyons Press, (2004). SIGNED hardcover first edition - The first book in a new series set in Maine, and introducing Stoney Calhoun, an unlikely hero - a man without a past. After a lightning strike obliterated his memory, he ended up as a fishing guide in Maine. "He's reeducating himself, he's in love, and life is good - until his friend and fellow fishing guide is murdered and Stoney suspects that he himself was the target." SIGNED on the title page. Finalist for the 2005 Ben Franklin Award. 292 pp. ISBN: 978-1592284351.