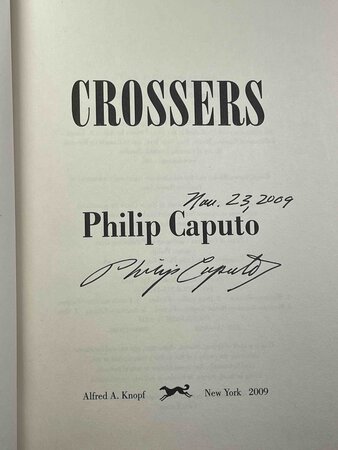 New York: Alfred A. Knopf, 2009. SIGNED hardcover first edition - A novel about "the brutality and beauty of life on the Arizona-Mexico border . . When Gil Castle loses his wife in the Twin Tower attacks, he retreats to his familys sprawling homestead in a remote corner of the Southwest - a strange, forsaken part of the country, where drug lords have more power than police and violence is a constant presence. But it is also a world of vast open spaces, where Castle begins to rebuild his belief in the potential for happiness - until he starts to uncover the dark truths about his fearsome grandfather, a legacy that has been tightly shrouded in mystery in the years since the old mans death." SIGNED on the title page and dated in the year of publication. 448 pp. ISBN: 978-0375411670.