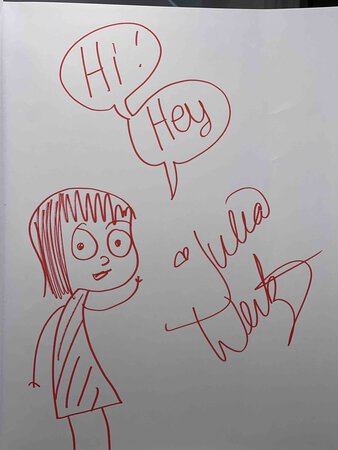 New York: Black Dog & Leventhal Publishers, (2017). SIGNED hardcover first edition - Not just unconventional, this is a unique and very enjoyable book, Named a Notable Book of 2017 by the New York Times, which described it as "A passionate anatomy of the city, a book of dramatic streetscapes and hidden histories - mostly of infamous women, like the 19th-century celebrity abortionist Madame Restell, who catered to socialites and built her Fifth Avenue mansion a block away from a Catholic church, supposedly to taunt the faithful....The city rises majestically in these pages. The crowded panels evoke the jostle of urban life. Your eye doesn't know where to settle; there's so much to absorb." Reviewer Roz Chast comments that "The meticulously researched histories of the various urban landscapes are fascinating, and Wertz's drawings perfectly capture the visual poetry of the city - the ongoing struggle between past and present, and its unique blend of beauty and ugliness. A must for anyone who loves and appreciates the city, as Wertz so clearly does." Illustrations on every page. Boldly SIGNED on the front endpaper with a self-portrait of the author/illustrator. Includes a list of recommended readings. A large, heavy book, unpaginated. ISBN: 978-0316501217.