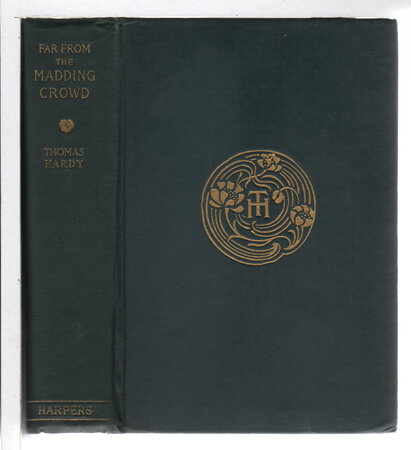 FAR FROM THE MADDING CROWD.

New York: Harper & Brothers, n.d. (1926). Hardcover - HIs fourth novel and the first to be set in his Wessex County in rural southwest England, originally published in 1874. Illustrated with an etching by H. Macbeth-Raeburn and map of Wessex. Includes a preface by Thomas Hardy dated February 1895. code of C-A indicating a March 1926 publication date. 476 pp plus map.

Condition: Very good in dark green cloth with gilt "TH" monogram on the upper cover, gilt lettering on the spine (some wear to the covers, toning to the pages)