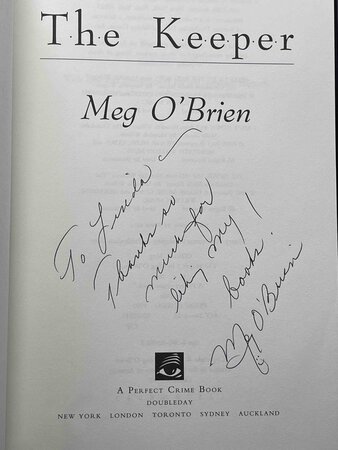 New York: Doubleday, (1992). SIGNED hardcover first edition - The author's first mainstream suspense novel, and her first book to be published in hardcover - the story of a teenage girl kidnapped from a dysfunctional family. The father Nathan is a prosperous Los Angeles lawyer; her mother Brooke is an actress trying to recover from a yearlong binge on liquor and pills that cost her both her marriage and custody of Charly, now 19. When Charly phones - with a cryptic, message - after she's kidnaped from a Universal Studios tour, Brooke gets in touch with John Creed, an ex-cop tracker of missing children known as the Keeper. INSCRIBED on the title page. 276 pp. ISBN: 0-385424825.