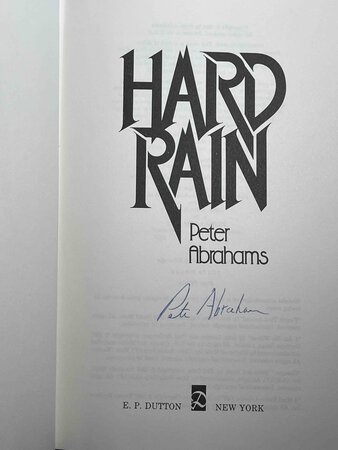 New York: Dutton, (1998) dj
. SIGNED hardcover first edition - A thriller with its roots in the late sixties and the Woodstock festival. When Jessie Shapiro's daughter and ex-husband disappear, she finds a warning on his answering machine - and then her best friend, wearing Jessie's slicker, is run over. The police dismiss her fears so she sets out to track her daughter across the United States, and in doing so she uncovers a deadly secret from her ex-husband's college days during the Vietnam era. Library Journal called this "a solid mystery/political thriller about a self-reliant average woman thrown without warning into a smoky conspiracy. Riveting." SIGNED on the title page. 374 pp. ISBN: 0-525245812.