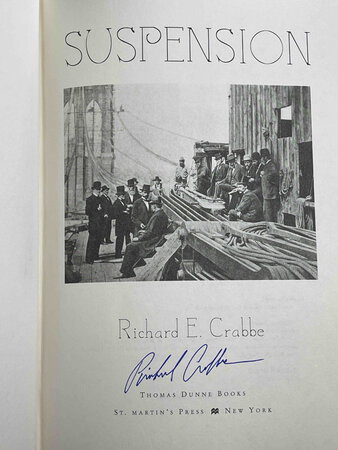 New York: St Martin's, (2000) dj. SIGNED hardcover first edition - The author's first novel, an historical thriller set in 1883 where the newly constructed Brooklyn Bridge becomes a target for a group of former Confederate soldiers, , and led by a fanatical captain determined on revenge for the death of his brother at Gettysburg. Detective Tom Braddock's investigation into a murder uncovers hints of the conspiracy and puts his own life in jeopardy. SIGNED on the title page. 436 pp. ISBN: 0-312203713.