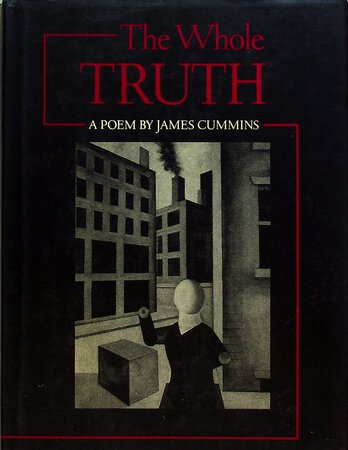 THE WHOLE TRUTH: A Poem.

San Francisco: North Point Press, 1986. dj. Hardcover first edition - The author's first book, a parody of detective stories, which features the characters from the Perry Mason series as it describes Mason's attempts to find the truth behind several cases. Long blurb by John Ashbery on the rear cover of the dust jacket in which he comments "The remarkable thing about James Cummins's first collection is not the fact that it is made up entirely of sestinas about the Perry Mason characters, nor that he has handled this impossibly demanding form with an ease which has perhaps never been equaled. What is remarkable is the poetry that floods through the cracks in Cummins's pokerfaced facade, drenching his mock-narrative with timeless light and joy." 56 pp plus 1 p of notes. ISBN: 0-865472254.

Condition: Very near fine in a like dustjacket (some spine slant)