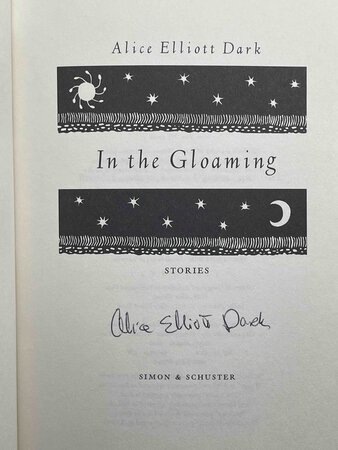 IN THE GLOAMING: Stories.

New York: Simon & Schuster, (2000) dj. SIGNED hardcover first edition - The author's second book, a collection of ten short stories. The title story was selected by John Updike for inclusion in 'The Best American Short Stories of the Century' and it was the basis of a 1997 HBO film of the same name, directed by Christopher Reeve, and featuring Glenn Close, Whoopi Goldberg and others. SIGNED on the title page. 286 pp. ISBN: 0-395-578183.