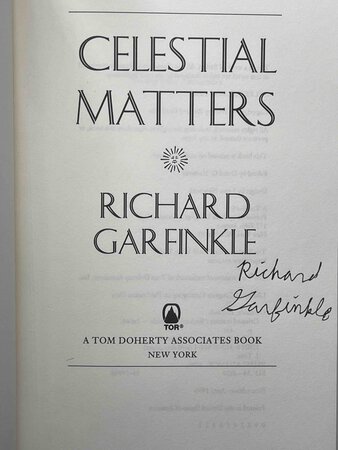 New York: TOR / Tom Doherty Associates, (1996) dj. SIGNED hardcover first edition - A novel which is both alternate history and alternate science in which "the scientific beliefs of the ancient Greeks are literal fact. The empire of Alexander the Great has lasted a thousand years, and for a thousand years it has been at war with the empire of the Orient. Now a spaceship is traveling through the heavenly crystalline spheres to the sun to return with the ultimate weapon: a fiery piece of the sun itself." SIGNED on the title page. 348 pp. Dust jacket art by Bob Eggleton. ISBN: 0-312859341.