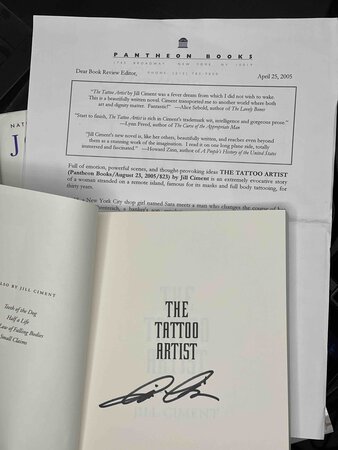 New York: Pantheon, (2005). SIGNED first edition - Her third novel, one which spans much of the 20th century as it tells the story of a woman, the daughter of Jewish immigrants, and a noted artist who returns to New York city in 1970 after spending 30 years on a remote island in the South Pacific. SIGNED on the half title page. Publisher's letter laid in. 211 pp.