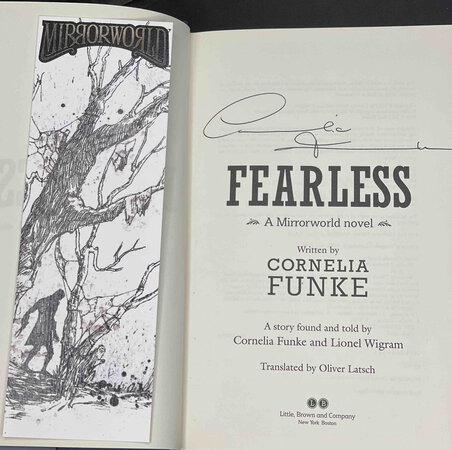 New York & Boston: Little Brown, (2013) dj. SIGNED hardcover first edition - The second Mirrorworld novel - a story found and told by Cornelia Funke and Lionel Wigram. "After saving his younger brother Will's life in "Reckless", Jacob Reckless now has to save his own. With only months to live after being cursed, he searches for the Witch Slayer's crossbow, rumored to give life instead of death when it's used out of love." SIGNED by Funke on the title page. Translated by Oliver Latsch. 424 pp. ISBN: 978-0316056106.