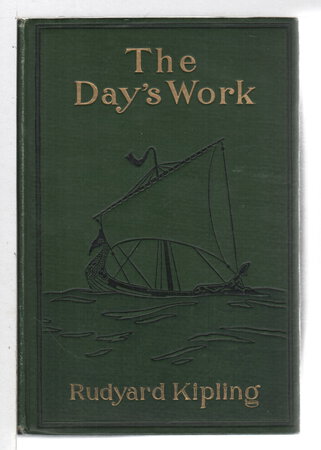 New York: Doubleday, McClure Company, 1898. Hardcover first edition - A collection of thirteen short stories by Kipling, which were mostly written between 1893 and 1896 while Kipling was living in Vermont. Included in these stories is one titled "007." Illustrated with a frontispiece with a tissue guard and seven internal plates by W. L. Sonntag, E. L. Blumenschein, and W. D. Stevens. The American edition, preceded the English edition by two months, but this is a corrected later issue with the letter "o" in the word "into" intact on page 189. 481 pp. Top edge gilt.

Condition: Near fine in a original dark green cloth with gilt lettering, embossed illustration on front cover (a bit of rubbing to the lettering on the spine, some offsetting pp 358-359, but overall a tight, sturdy and very attractive copy.