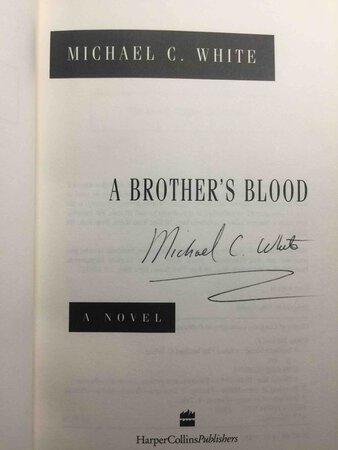 New York: Harper Collins, (1996). SIGNED hardcover first edition - The author's first novel, nominated for the Edgar, Anthony and Macavity awards, set in rural Maine near a former World War II German Prisoner-of-War logging camp. 40 years later, after the fall of the Berlin Wall makes it possible for East Germans to travel, a man arrives in the U.S. to try to learn the details of his brother's death - supposedly by drowning after an escape attempt - and a woman who worked in the camp occasionally while a young girl becomes caught up in the search for the long hidden truth after her brother is killed. SIGNED on the title page. 323 pp. ISBN: 0-060186674.