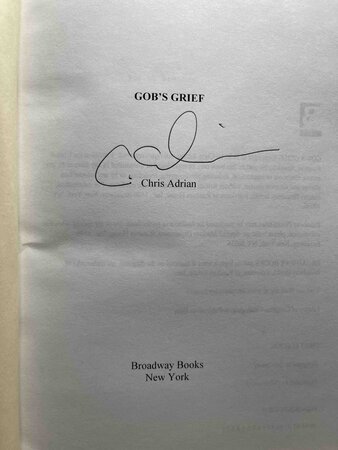 New York: Broadway Books, 2000. SIGNED first edition - The author's first novel, one which takes us to Civil War battlefields, war hospitals and Central Park where we find Walt Whitman. Gob Woodhull is the fictional son of the real Victoria Woodhull, an early feminist of the nineteenth century. Based on his classic short story "Every Night for a Thousand Years" published in The New Yorker in 1977, this is described as ""Convincing in its portrayal of the collective madness America went through after the carnage of the Civil War, yet otherwordly in its discussion of grief and longing." In 2010, Adrian was chosen by the New Yorker as one of the 20 best writers in the US under the age of 40. SIGNED on the title page. 573 pp plus author's note.