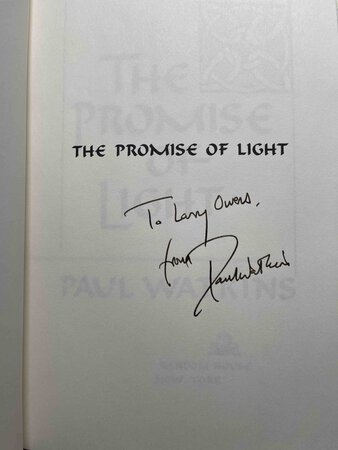 New York: Random House, (1992) dj. SIGNED hardcover first edition - Set in 1921, this is the story of Ben Sheridan, son of an Irish immigrant who, in an attempt to understand himself and his origins travels back to Ireland and discovers himself in the midst of the bloody struggle between the newly formed Irish Republican Army and the British soldiers, called the Black and Tans. INSCRIBED on the half title page to the late noted collector Larry Owens. 269 pp. ISBN: 0-679-419748.