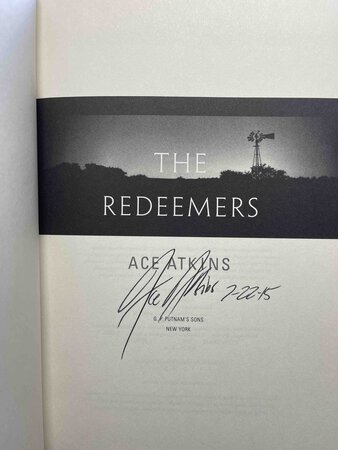 New York: Putnam, (2015) dj. SIGNED hardcover first edition - The fifth novel in the highly praised series featuring Quinn Colson, former Army Ranger, who has lost his position as Sheriff of Tibbehah County, Mississippi, but who is asked to step back in when the new sheriff is killed. SIGNED on the title page and dated 7-22-15, in the year of publication. An upcoming HBO series will be based on these Colson novels. 370 pp. Map endpapers. ISBN: 978-0399173943.