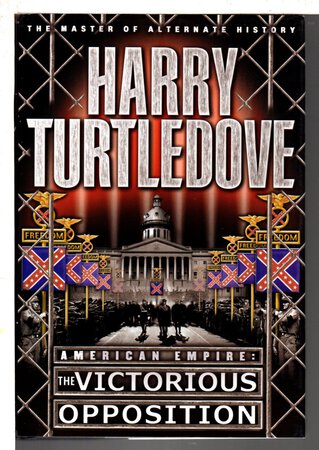 New York: Del Rey / Ballantine, (2003). Hardcover first edition - The third book in his American Empire series - one which began with a simple question: "What if the South had won the Civil War? Now, seventy years have passed since the first War Between the States. The North American continent is locked in a battle of politics, economies, and moralities. In a world that has already felt the soul-shattering blow of the Great War, North America is the powder keg that could ignite another global conflict." 496 pp. ISBN: 0-345-44423x.