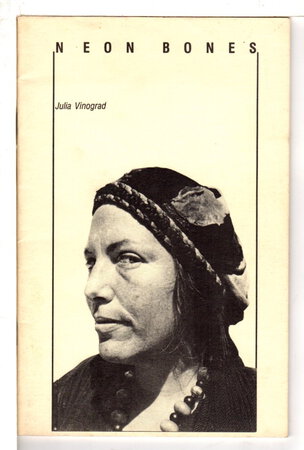 [Oakland, CA]: Syl-Cal Press, (1984). SIGNED first edition - Rather uncommon early book of poems of and about the streets of Berkeley and the people on them. Although best known as a street poet in Berkeley (where she sold many of her books hand to hand), she was awarded the American Book Award in 1985. In 2004, the city of Berkeley gave her a lifetime award as the city's unofficial poet laureate. Boldly SIGNED on the first page. Cover photograph by Deborah Vinograd. 43 pp.

Condition: Near fine in stapled wrappers with a photograph of Vinograd on the front cover