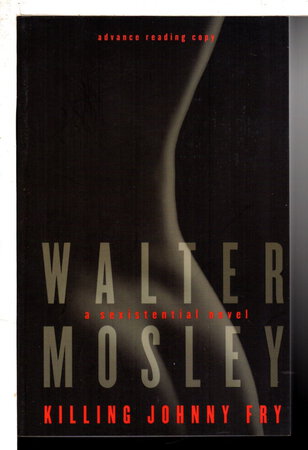 New York: Bloomsbury, (2007). First edition - A novel "about one man's response to his girlfriend's infidelity . . . It starts when he spies his longtime girlfriend, Joelle, having rough sex with Johnny on the living room floor. She doesn't know Cordell is watching, and he doesn't let on, but he feels emasculated. The trauma of betrayal transforms this middle-aged New Yorker into a depraved (though kindhearted) beast with a relentless erection. There's a racial dimension, too: Cordell and his girlfriend are black; Johnny is white. Mosley describes the many skin tones, shapes and sounds that go with being part of nonwhite New York.. . These are among the telling details that make me glad a mature, well-rounded novelist is tackling porn." (Tracy Quan in the Washington Post) 280 pp.