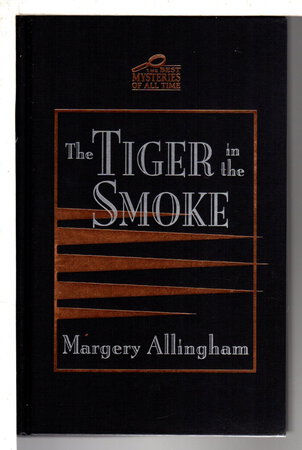 THE TIGER IN THE SMOKE.

Pleasantville, New York: ImPress Mystery, (2005). Hardcover first edition - An Albert Campion mystery, originally published in 1952. A classic of the Golden Age of Detective Fiction, and the basis for film of the same name. Allingham is noted for including many professional women as characters in her books, notably Campion's wife, Lady Amanda Fitton, who is an aircraft engineer. A title in the Best Mysteries of All Time series. About the author. 326 pp. Brochure laid in.

Condition: Very near fine in black boards with silver lettering and copper decorations on the front cover, copper lettering on the spine (previous owner's name).