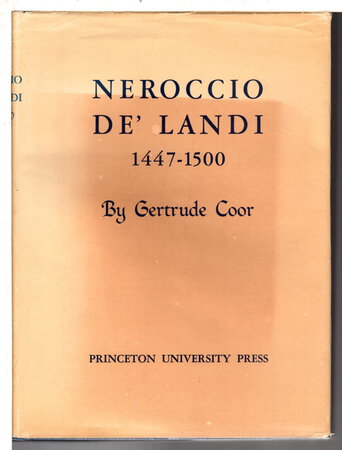 Princeton, NJ: Princeton University Press, 1961. dj. Hardcover first edition - The first significant monograph on this fiftheenth century Sienese painter and sculptor's work, which had been neglected by most art historians "because this art is not strikingly original and is quite restricted iconographically, the majority of the works being representations of the Madonna and Child" but later discoveries and the cleaning and restoration of some of his works led to an increased interest in them. Quarto, bound in full navy buckram blocked in black on the spine with gilt titling. Frontispiece. xviii, 235 pp plus a 56 page section with 146 black and white plates of his works.

Condition: Fine in very good dust jacket (price-clipped, some sunning to the dj)