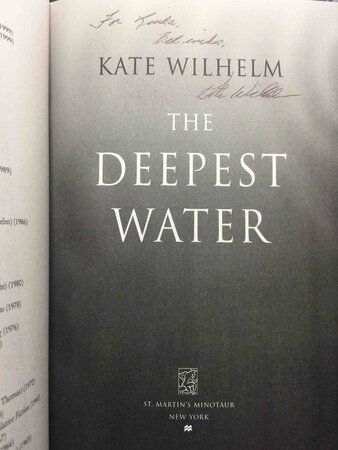 New York: St Martin's Minotaur, (2000). SIGNED hardcover first edition - After Jud Connors is murdered in an isolated lakeside cabin in the Oregon Cascades, his daughter Abby, who is also his literary executor, searches the clues in his unfinished work, the final book in a trilogy, to uncover events that occurred in during the Vietnam War and to separate fact from fiction in an attempt to identify who had reason to want him dead. INSCRIBED on the title page. 278 pp. ISBN: 0-312261438.