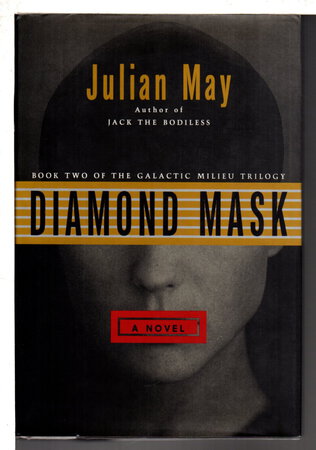 New York: Alfred A. Knopf, 1994. dj. Hardcover first edition - The second volume of this epic trilogy which continues the story of Jack the Bodiless. "The 21st century was drawing to a close, and metapsychic humankind was poised at last to achieve Unity - to be admitted into the group mind of the already unified alien races of the Galactic Milieu. But a growing corps of rebels was plotting to keep the people of Earth forever separate in the name of human individuality. And the rebels had a secret supporter: Fury, the insane metapsychic creature that would stop at nothing to claim humanity for itself. Fury's greatest enemy was the mutant genius Jack the Bodiless." 461 pp plus a double page spread showing the Remillard family tree. ISBN: 0-679433104.

Condition: Very near fine in a like dustjacket (bottom edge of front board bumped)