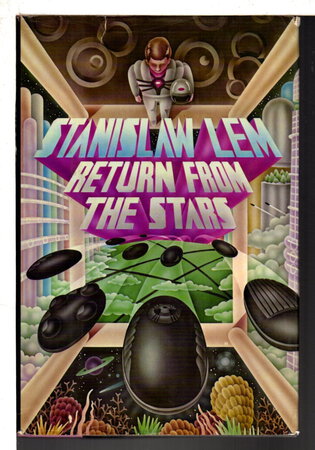 RETURN FROM THE STARS.

New York: Harcourt Brace Jovanovich, (1980) dj. Hardcover first edition - This story of an astronaut who returns to earth after a 10 year mission during which 127 years had passed on earth to find a world totally alien to him - and with values opposite of those he had been taught as an astronaut - is one of Lem's most 'human' and appealing books. Originally published in 1961, and just now translated into English by Barbara Marszal and Frank Simpson. 247 pp. ISBN: 0-15-1770824.