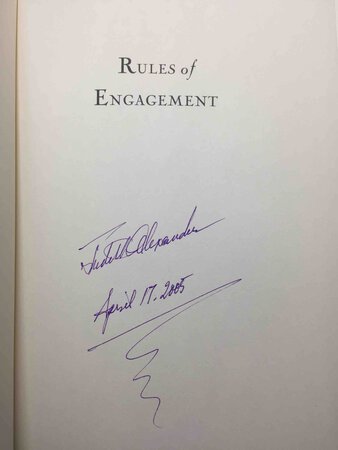 New York: Putnam, (2005) dj. SIGNED hardcover first edition - The eleventh and final book in this highly praised series of mysteries set in Georgian England and feauturing the blind magistrate Sir John Fielding, the founder of the Bow Street Runners, England's first police force. According to the publisher, this has been mostly written at the time of his death, and using his notes on how the story was to unfold, his wife Judith Alexander and novelist John Shannon completed it. SIGNED on the half title page by Judith Alexander and dated in the year of publication, and uncommon thus. 243 pp. ISBN: 0-399-152423.