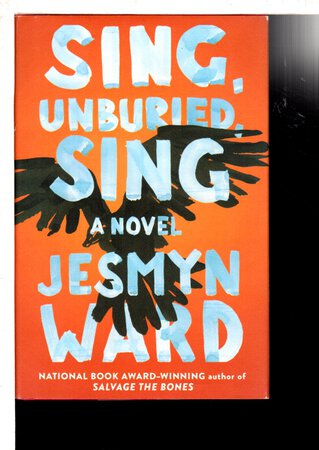 New York: Scribner, (2017). Hardcover first edition - A novel winner of the National Book Award for fiction (her second novel to receive this award), a coming of age story set on the Gulf Coast of Missisippi, one which examines "the ugly truths at the heart of the American story and the power - and limitations - of family bonds. Jojo is thirteen years old and trying to understand what it means to be a man. He doesnt lack in fathers to study, chief among them his Black grandfather, Pop. But there are other men who complicate his understanding: his absent White father, Michael, who is being released from prison; his absent White grandfather, Big Joseph, who wont acknowledge his existence; and the memories of his dead uncle, Given, who died as a teenager." 285 pp. ISBN: 978-1501126062.