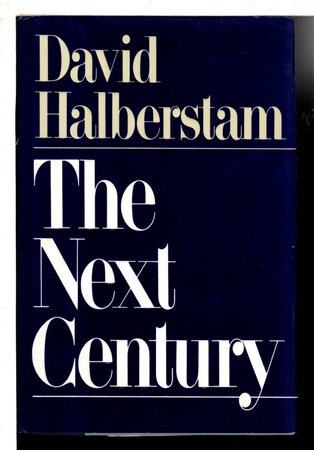 New York: William H. Morrow, (1991). Hardcover first edition - A book which reflects on the recent past and offers a wide-ranging perspective on the startling changes now reshaping the Soviet Union and Eastern Europe, and an analysis of Japan's rise to its present position in the world's economy. I don't think he could have imagined how prophetic he was being when he said the American century is over! 126 pp. ISBN: 0-68810391X.