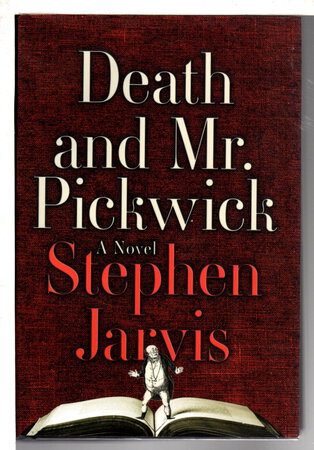 New York: Farrar, Straus & Giroux, (2015). Hardcover first edition - The author's very highly praised first novel - one which demonstrates that "the accepted origins of the Pickwick Papers is a lie." Nicholas Dames in The Atlantic states "So dramatically convincing that it is all the more surprising how much of it is historically verifiable . . . Jarvis's novel is ostensibly about the origins of 'Pickwick' the gin-soaked precincts of the London press where it was shaped; the milieu of theatricals, boxing matches, and stagecoach houses from which its shapers took inspiration; and not least, the artists and writers Dickens would surpass. But look more closely, and it becomes clear that Jarvis has another aim: to tell the story of the mass culture that 'Pickwick' created. He has written a novel that reflects upon the world-altering effects of novel-reading." At 802 pp this has the breadth and spread of Dickens' own novels. Illustrated endpapers. ISBN: 978-0374139667.